Hello hello how low? Tribes!!
We’re so happy to see that our new sound “Deeper Woods” by Katie Se7en (TOTEM TRAXX) is being included in Sasha’s Spotify Last Night On Earth playlist today! If you haven’t heard it yet, Be sure to check it out♬

The LNOE playlist has been updated with some of our favourite tracks from the lnoe roster and friends. ⠀ Link in bio. #sasha #lnoe #playlist #spotify #spotifyplaylist 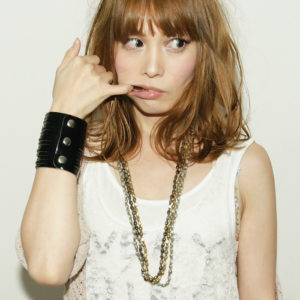 Katie is a well-known Japanese artist who mixes techno and various shades of house to create emotional world full of yin and yang of life. Her life stories and multi-cultural background makes her an interesting presence in the DJ booth, which captivates the audience.

She has released music from Japanese Techno label PLUS Records and from Tokyo’s iconic Totem Traxx. And in 2016, she has released an original song from a British label Mixmania Records. The sci-fi-anime-inspired song’s jacket, designed by famous illustrator Hiroyuki Mitsume Takahashi, has won the album art competition held by Ditto Music.

She has played in Tokyo’s best venues, and for premier events such as Berlin’s renowned Dirt Crew Recordings’s 10th Anniversary tour, SCI+TEC at womb, and Karizma’s album release tour. Some of the major artists she has opened or supported for includes Stiv Hey, Kate Simko, and Lee K.

She has directed a PV for her own song and has been modeling for artists. Photos she has modeled for have been displayed in prestigious Museum Of Modern Art, N.Y.. She also had her own FM radio show.